MATHCOUNTS®, a strategic partner of the Department of Defense (DoD) Science, Technology, Engineering, and Mathematics (STEM) under the Defense STEM Education Consortium for inspiring future STEM talent, held the 2019 Raytheon MATHCOUNTS National Competition in Orlando, Florida on May 13, 2019.

MATHCOUNTS®, a strategic partner of the Department of Defense (DoD) Science, Technology, Engineering, and Mathematics (STEM) under the Defense STEM Education Consortium for inspiring future STEM talent, held the 2019 Raytheon MATHCOUNTS National Competition in Orlando, Florida on May 13, 2019.

MATHCOUNTS is a nonprofit organization that provides engaging math programs to U.S. middle-school students of all ability levels to build confidence and improve attitudes about math and problem solving. The MATHCOUNTS National Competition, held annually, brought together 224 Mathletes® this year from all 50 states plus Puerto Rico, Guam, the U.S. Virgin Islands, the Department of Defense Education Activity (DoDEA), and the U.S. State Department’s international schools, along with teacher coaches, volunteers, and family members. The theme of the 2019 MATHCOUNTS National Competition was “Moonshot” in celebration of mathletes who are future moonshot thinkers and honoring the 50th anniversary of Apollo 11.

The finalists earned their invitations to the MATHCOUNTS National Competition in Orlando by excelling in team competitions at the chapter and state levels that attract more than 100,000 students. Following a written exam on May 12, the 12 highest scoring competitors faced off in dramatic head-to-head matches. The contest uses a bracket format. For the first two rounds, the person to advance is the one who gets the most out of five questions correct. For the last two rounds, a student needs to get four answers correct to advance. The two kids competing at any time will be seated at a contestant desk in the middle of the stage with screens that display the question. The student who is the last person standing is the MATHCOUNTS National Champion!

This year’s national champion was Daniel Mai, a 13-year-old eighth grader from Raymond J. Grey Junior High School in Acton, Massachusetts. He was asked the winning question of "what is the quotient of 5040 divided by the product of its unique prime factors?" He gave the correct answer, 24, in just 22.53 seconds! As the winner, Daniel received a $20,000 Donald G. Weinert College Scholarship and a trip to the U.S. Space Camp. The runner-up was Suyash Pandit, a 14-year-old eighth grader from Cedar Park Middle School in Portland, OR. This was Suyash’s second time competing at the national competition. The winning team was the Massachusetts team, consisting of Daniel Mai, Kaylee Ji (eighth grade, Doherty Middle School), Jeff Lin (eighth grade, Jonas Clarke Middle School, and highest scorer in the written competition), and Max Xu (eighth grade, Stony Brook Middle School). Their coach was Josh Frost from Jonas Clarke Middle School.

The Mathletes also selected the winner of the MATHCOUNTS Math Video Challenge—a program that challenges students to develop their math, communication and technology skills in a collaborative video project. The four Math Video Challenge finalist teams were chosen from hundreds of team entries to present their videos to the 224 Competition Series participants at the 2019 Raytheon MATHCOUNTS National Competition. “Team Switcharoo Crew” won the most votes with their video “Algenite.” The team consisted of Jordan Adeyemi, Robert Hardy, Naima Johnson, and Emily Ramirez, all seventh graders at Ron Clark Academy in Atlanta, GA. Their coach, Dr. Valerie Camille Jones, is a teacher at Ron Clark Academy.

The DoD wishes all students continued success in their STEM education and encourages them to stay involved in math opportunities offered during and after school. The Department looks forward to hearing about these students’ amazing achievements in the MATHCOUNTS program! 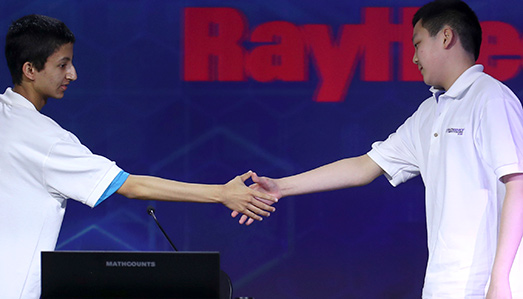 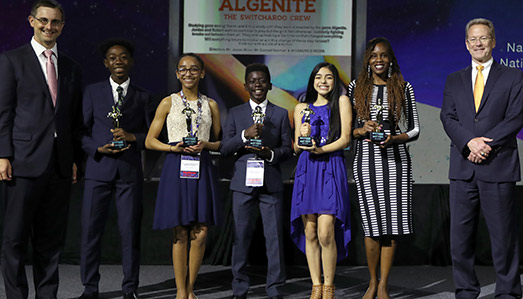 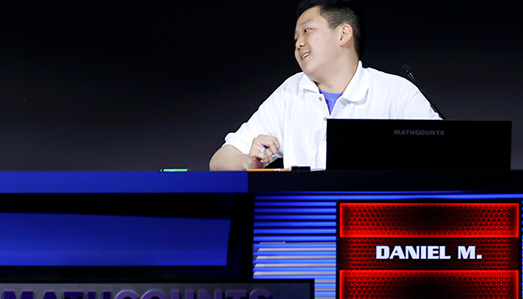